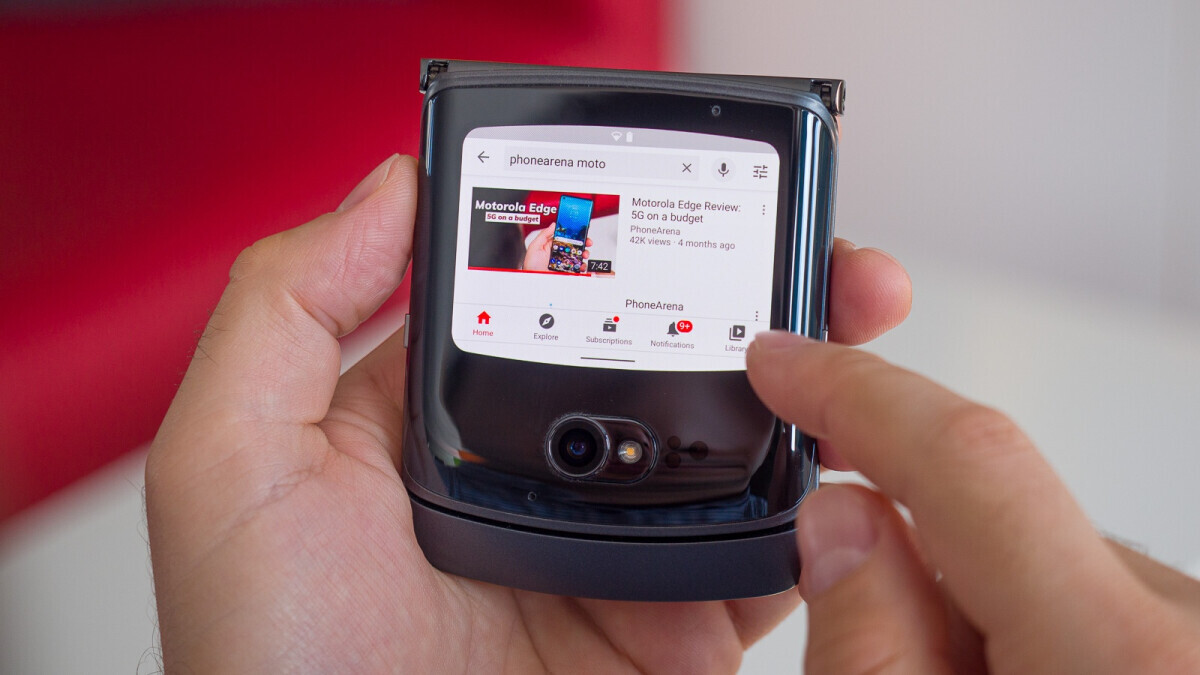 When foldable phones first came out in 2019, they were prohibitively expensive, and though that’s still the case for book-type bendable phones like the Samsung Galaxy Z Fold 4, clamshell phones are somewhat more affordable now, but still in flagship territory.

The Razr 5G deal makes Motorola’s second-gen flip phone more accessible by shaving $665 off the price, meaning Prime members can get it for $734.99 instead of its usual price of $1,399.99.

If you are not a Prime subscriber, you can still have the phone for $975 after a 30 percent discount.

The nostalgia-inducing Razr 2020 is a cool phone which is enjoyable to use. One of its key highlights is the 2.7 inches outer screen, which has been carried over to the 2022 Razr which has still not come to the US.
You can easily use the external screen to perform a lot of normal tasks without having to open the phone. In contrast, the Z Flip 4 is still stuck with a 1.9 inches cover screen.

Moving on, the main screen is 6.2 inches. In its unfolded state, the phone is about as thick as an Apple iPhone and it folds down into a pocketable shape without a gap.

It is underpinned by the reasonably fast Qualcomm’s Snapdragon 765G chip which is backed by 8GB of RAM and 256GB of storage. It comes with a 2,800mAh cell which should get you through most of the day.

The inner screen has a 20MP camera and the rear camera array has a 48MP sensor. They are competent enough for social media pictures.

If you want to hop on the foldable bandwagon but don’t want to spend 1,000 bucks and don’t want to go for a deals with conditions attached either, the $734.99 Razr 5G is the way to go.