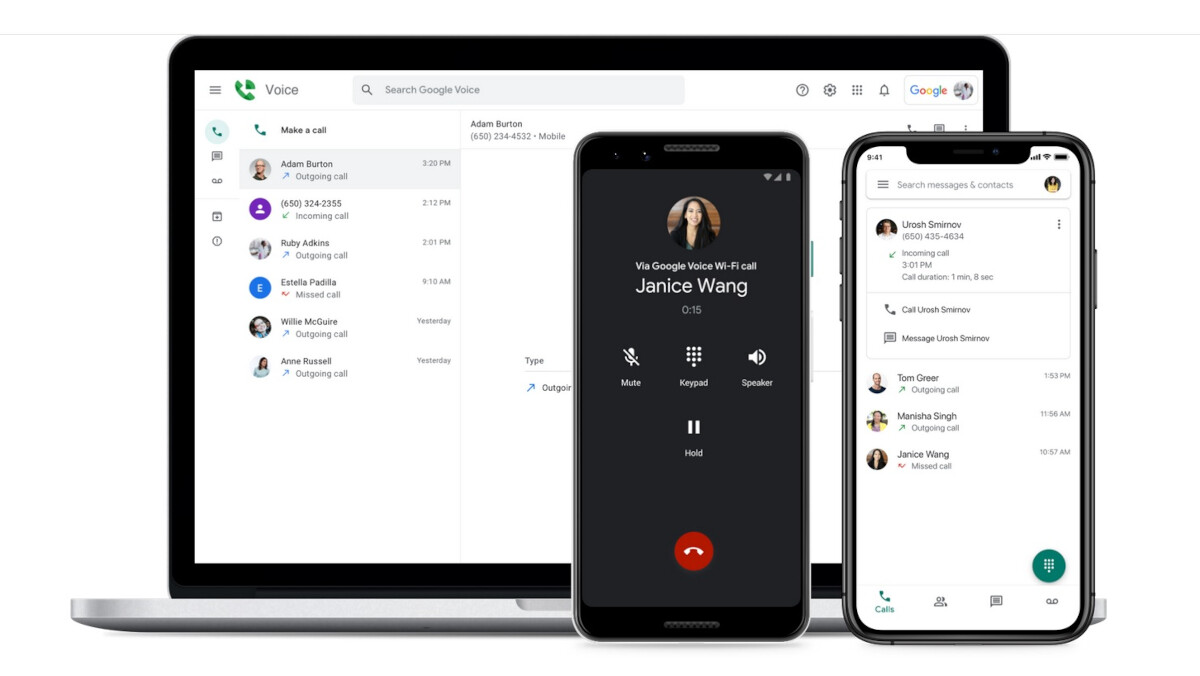 If you need a second number that will still ring through to your smartphone, you might consider the Google Voice app. Subscribers to the service can also make phone calls using this second number, and send/receive text messages. The second phone number could be used for personal calls, or if you have a business that you don’t want to have connected with your personal number, you can use the second phone number for that. This way, calls made to your business number will be sent directly to your smartphone even if you’re on the go.

Using Google Voice for personal use is free and it works with both Android and iOS-flavored devices. It also will work on the web. As long as you use the phone number provided by Google to make or take a call once over a six-month period, you will keep that phone number for the following six months. Once you go more than six months without using the assigned number, it reverts back to Google to give out to another Voice subscriber.
Besides using the app to make and take calls and send/receive texts, Google Voice will also save your voicemail. In fact, not only will it save your voicemail, Voice will also transcribe these messages and save the transcriptions or share them with others.

Google has just made a useful change to Google Voice. According to a Google Workspace support page (via Android Central), “To ensure the best call experience, Google Voice now automatically switches ongoing calls between cellular data service and Wi-Fi when it determines that one network type will lead to better call quality. Previously, Voice identified the ideal network only at the time the call was placed and did not make any corrections for changes in network performance that might occur during the call.”
In other words, before the update, if you were in the middle of a Google Voice call made over cellular and the call quality deteriorated, you were out of luck since you could not switch to a Wi-Fi connection in the middle of the call. But now, after the update, Google Voice will switch automatically to the network offering the best call quality. The new feature is now available to all Google Voice users.